Back to Dates & Prices

Please fill in the details and we will contact you

Please fill in the details and we will contact you 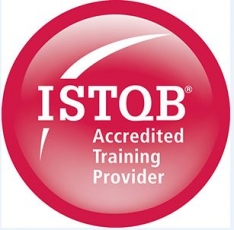 The Fundamentals of Testing:

Testing throughout the Lifecycle:

Who should attend this Software Testing Training Course?

This training course is appropriate for anybody interested or involved in Software Testing. Particular professions that may benefit from Software Testing Foundation include:

There are no formal entry requirements however, the candidate should have a basic working IT knowledge and would also benefit from having at least six months' practical experience in a testing role.

One year’s free BCS, The Chartered Institute for IT, Associate membership.

Upon passing your examination, make the most of your professional certification and continue your career development with BCS Associate membership. Whether you’re looking for career support through the BCS global skills, training and development framework, SFIAplus, seeking promotion or a network of new contacts, we’re here to support you. BCS membership provides exclusive access to resources, content and opportunities that will enrich your career.

BCS Membership allows you to give back to society. Some of the industry’s challenges are around personal data, health, education, and IT capabilities. By becoming part of our professional community you can get involved and do your bit to make IT good for society.

The following is included in this Software Testing Foundation course:

Delegates need to sit the ISTQB Software Foundation exam in order to acquire the certification. The exam format is outlined below:

To make sure you’re always connected we offer completely free and easy to access wi-fi.

To keep you comfortable during your course we offer a fully air conditioned environment.

IT support is on hand to sort out any unforseen issues that may arise.

Manchester is a metropolitan borough and city located in Greater Manchester, England. It has an estimated population of approximately 2.55 million citizens, making it the United Kingdom's second most populous urban area. Schools in Manchester follow the British educational system and is divided into three levels: Primary School, Secondary Schools and Higher Education. The education in Manchester is compulsory for children up until they are 16 years old. The Manchester Grammar School is one of Manchester’s notable school. It was established in 1515 and is a free Grammar School for children, aged 7 to 18 years old, who wish to attend this school, and is the largest independent day school for boys. It teaches over 1,000 students with over 200 teaching staffs. Manchester also has 3 other Grammar Schools: Withington Girls' School, Manchester High School for Girls, and William Hulme's Grammar School.

Popular searched areas in and around Manchester include:-

Ways to take this course

Our easy to use Virtual platform allows you to sit the course from home with a live instructor. You will follow the same schedule as the classroom course, and will be able to interact with the trainer and other delegates.

Our fully interactive online training platform is compatible across all devices and can be accessed from anywhere, at any time. All our online courses come with a standard 90 days access that can be extended upon request. Our expert trainers are constantly on hand to help you with any questions which may arise.

This is our most popular style of learning. We run courses in 1200 locations, across 200 countries in one of our hand-picked training venues, providing the all important ‘human touch’ which may be missed in other learning styles.

All our trainers are highly qualified, have 10+ years of real-world experience and will provide you with an engaging learning experience.

State of the art training venues

Get more bang for your buck! If you find your chosen course cheaper elsewhere, we’ll match it!

This is the same great training as our classroom learning but carried out at your own business premises. This is the perfect option for larger scale training requirements and means less time away from the office.

Our courses can be adapted to meet your individual project or business requirements regardless of scope.

Cut unnecessary costs and focus your entire budget on what really matters, the training.

This gives your team a great opportunity to come together, bond, and discuss, which you may not get in a standard classroom setting.

Keep track of your employees’ progression and performance in your own workspace.

What our customers are saying

Course was run very smoothly, Richard our trainer was extremely knowledgeable and delivered the course in a succinct fashion with a twist of humour thrown in.

The course was great and the so was the trainer - brilliantly delivered and I would certainly recommend this course to my colleagues. Thanks to Richard for a great course and delivering it a tough environment virtually.

This training course is accredited by the BCS, The Chartered Institute for IT, and ISTQB (International Software Testing Qualifications Board).

Yes, a free, one year membership to BCS is included with this training course. This membership allows you to make the most of your new certification, and continue your career development. BCS membership provides career support via global skills, training and improvement framework, pursuing promotion, and expanding your network of contacts. BCS membership enables you to give back to society, because some of society’s greatest challenges surround health, education, IT, and personal data. Hence, you can offer your professional expertise in these areas.

What is Software Testing?

Software Testing is the procedure of conducting inspections into the performance of a program, system, or application, in an attempt to boost operational efficiency.

ISTQB is a non-profit association that stands for International Software Testing Qualifications Board, hence ISTQB is a testing certification organisation.

What is the cost/training fees for ISTQB Software Testing Foundation certification in Manchester?

Which is the best training institute/provider of ISTQB Software Testing Foundation in Manchester?

The Knowledge Academy is the Leading global training provider in the world for ISTQB Software Testing Foundation.

What are the best Software Testing Training courses in Manchester?

Best price in the industry

You won't find better value in the marketplace. If you do find a lower price, we will beat it.

We are accredited by BCS

Flexible delivery methods are available depending on your learning style.

Resources are included for a comprehensive learning experience.

"Really good course and well organised. Trainer was great with a sense of humour - his experience allowed a free flowing course, structured to help you gain as much information & relevant experience whilst helping prepare you for the exam"

"...the trainer for this course was excellent. I would definitely recommend (and already have) this course to others."

What is Software Testing?

Who is Software Testing for?

How do I book a Software Testing course?

What organisations use Software Testing?

What sectors use Software Testing?

How to add a Software Testing certification onto your CV

How to add your Software Testing Certification to your LinkedIn

To help and support our clients we are providing a limited number of 250 daily discount codes. Hurry, first come, first served!

If you miss out, enquire to get yourself on the waiting list for the next day!
Enquire now for a daily discount