The History of Coffee- A Complete Explanation

The History of Coffee- A Complete Explanation

When you go to a coffee shop, you might site a Barista pouring finely chosen beans into a grinder. He then mixes it with hot water, and you are refreshed with the beverage's aroma.

The process does not stop there! Brewing, mixing, adding flavours to the drink, and then serving a fresh coffee. Thus, whether you are already a fan or not, watching the process will make you fall in love with the beverage.

The World Population Review states that Coffee is one of the world's most popular non-alcoholic beverages. It is also prised for its aroma and caffeine content. So, why just stop being a fan of the beverage? Why not discover coffee’s history, interesting facts and explore the world of Coffee in detail?

3) History of coffee in detail

a) Middle-East Asia to Arabia

b) Arabia to European Countries

c) European countries to the rest of the world

d) Coffee: as we see it today

If Coffee interests you and you have the zeal to be a professional or learn for personal use, join our Basic Barista Course today!

World's second most consumed beverage after water is Coffee. However, it is difficult to trace the history of when and how the world became fond of the drink.

In order to know its origin, history, and how this drink became popular, let's first understand what Coffee is.

It is a beverage made from coffee beans that have previously been roasted and ground in hot boiling water.

A ground powder you see in instant mixes and cafes originates from a cherry-shaped fruit. The cherry takes about a year to mature and ripen so it can be harvested.

The plant or the crop needs a mild temperature with lots of rain and sunshine. Therefore, coffee belts worldwide are found between the Tropic of Cancer and the Tropic of Capricorn.

Further, the beverage also has a naturally bitter taste to it, along with some acidic content. It can be due to the over-extraction of the beans.

Although, there is no certainty as to when the worldwide production of the beverage started. However, according to popular myths and stories, Coffee has an interesting history and origin.

Coffee history has its roots in the nomad's land. In 850 CE, Kefa or Keffa, Ethiopia, a nomad named Kaldi was out in the bushes grazing his goats; when he noticed strange behaviour among his flock. After eating the berries, the goats were not only filled with energy; but woke up all night. This intrigued the nomad, and he gathered up some sample berries. Thus, a discovery was out in front of the world.

However, until the 15th century, when the Arabs officially started their production, the mentions of the beverage disappeared in the air.

History of coffee in detail

While we have seen that Coffee originated in Middle-East Asia, the rest of the world adopted it to such an extent that today every country has a coffee in their name. For example, Americano, Irish Coffee, Viennese Coffee, Vietnamese, and many more.

So, let's have a look at its history in detail. Also, find how the beverage reached every corner of the globe. And what does Coffee mean to people today?

Coffee history dates back to the 15th century when coffee beans reached Southern Arabia; however, it was not welcomed merrily. At the same time, some became fond of the drink because it was a good replacement for alcohol which is prohibited by the religion.

On the other hand, it faced rejection by the Islamic religious groups, who thought it contained the same intoxicating elements as alcohol. After a lot of tussles, due to its exhilarating effects, its production caught pace in the Arabian Peninsula with a rapid emergence of coffeehouses where it was called qahveh khaneh.

Further, during the 16th and 17th centuries, European travellers became familiar with the beverage and brought back stories of an unusual drink. Initially, it had to go through the same process of controversies and approvals by the political, religious, and medical authorities. Some people even called it the “bitter invention of Satan.”

But this had nothing to do with coffeehouses flourishing in France, England, Austria, and other parts of Britain. Over 300 coffeehouses were set up in the streets of London, where Coffee was available at the cost of a penny. Today, the finest flavours of Coffee come from the European Continent. 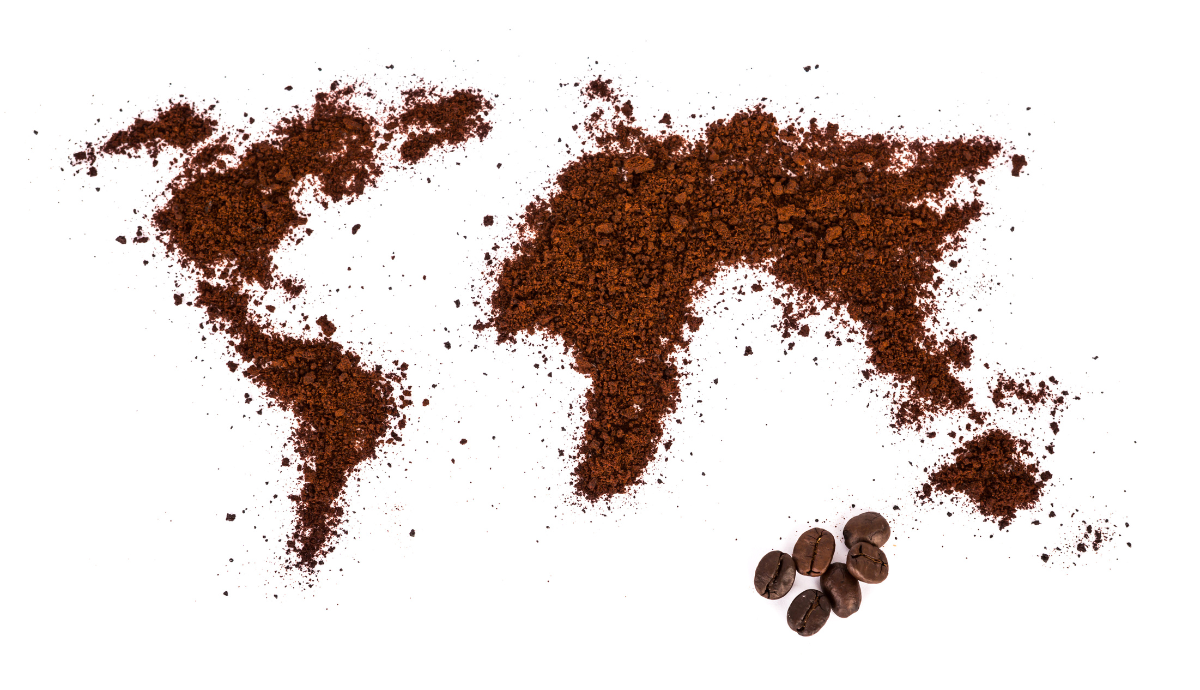 European countries to the rest of the world

Yemen in Southern Arabia and a few African countries provided most of the world's Coffee until the end of the 17th century. At the outset of colonisation, this beverage was introduced to the rest of the world.

It could be said that while Europeans introduced the beverage to other parts of the world, they also cultivated and exported it from these lands. So, although Brazil, some African countries, Java, and Asian countries were largely producing this new beverage, most of it went into the service of Britain.

By the late 19th and 20th centuries, industrialisation changed the game of coffee production. Roasting and grinding machines were introduced with vacuum-sealed containers to store ground roasts.

Apart from that, decaffeination methods were introduced. In the 1950s, instant mixes became a trend, leading to increased production of cheaper Robusta beans in Africa.

Coffee as we see it today

The history of Coffee changed when it was introduced to the Americans. Once passed on by the British, it only bloomed in the American Andes. It replaced the typical breakfast for most people. Even the world's most popular coffee chain, Starbucks, hails from America.

After the beverage got such great acceptance from the rest of the world, coffeehouses, shops, and chains became eminent hubs for debates, political discussions, works, chats, talks, and fun.

During the French revolution, it was in the coffeehouses that important decisions about the processions were taken. At one point in time, they were also known as “Schools of the wise.”

Today, the world enjoys Coffee more delightfully than ever. It has become a global phenomenon. The beverage is being consumed and produced like wildfire. In the past 20 years, its worldwide production has increased 49%, but our per capita coffee drinking has mostly stayed the same, at least in the past two decades, states Foxcoffee.

With the invention of the drink, new types, flavours, and coffee-making processes have come into use. Hi-tech machines can prepare different flavours in just a few minutes with comfort at home.

While its history is full of surprises and turns, the demand for better Coffee is rising everywhere they go. Most nations producing the beverage are still underdeveloped, and several businesses are working to better the lives of coffee farmers. This industry still has a lot of room for growth. Therefore, our tale is far from over.

If you want to take coffee making to the next level, try our Product Management Training course now!