Blog
What are the benefits of management training? We’ve listed the main benefits to help you conquer your personal and professional goals.
Blog
Our latest research discovered which words people struggle to spell the most by looking at search data from Google. Separate tops the list!
Blog
Knowing whether to opt for in-house or external training can be a tough decision to make. We have outlined the advantages and disadvantages.
Blog
With current events forcing people to stay indoors and to distance themselves socially, we have lots of extra time to fill, so why not use it to learn a valuable skill whilst at home?

The end of the school term is a special time of year for parents and children alike, signifying a well-deserved break from work and school. But, despite this, it is a known fact that some families attempt to "cheat" the system and avoid the price spike in flights and hotel costs by travelling during term-time instead.

Gov.uk figures state that authorities in England issued over 260,000 penalty notices to parents for their child skipping school in 2017/2018 - equating to around 712 a day. A shocking stat.

As a result, The Knowledge Academy sought to find out whether the number of penalty notices for unauthorised absenses has increased or decreased during 2018/2019, and which areas of England are the worst offenders.

The Knowledge Academy submitted several Freedom of Information requests to all county councils (26), unitary authorities (55) and London boroughs (32), asking to state the number of fixed penalty notices issued to parents in 2018/19 for unauthorised absences.

What is an unauthorised absence from school?

An unauthorised absence from school can be defined as any instance where a child is late to or does not show up in term time, without the school being previously aware/informed about it. Reasons for unauthorised absences can vary anywhere between parents taking advantage of a cheaper holiday to the child skipping school themselves.

Our exclusive FOI data can reveal that a staggering 96% of councils increased the number of penalties issued to parents, compared to the previous school year (2017/18). Not only that, 92% increased the amount of revenue collected from fines. 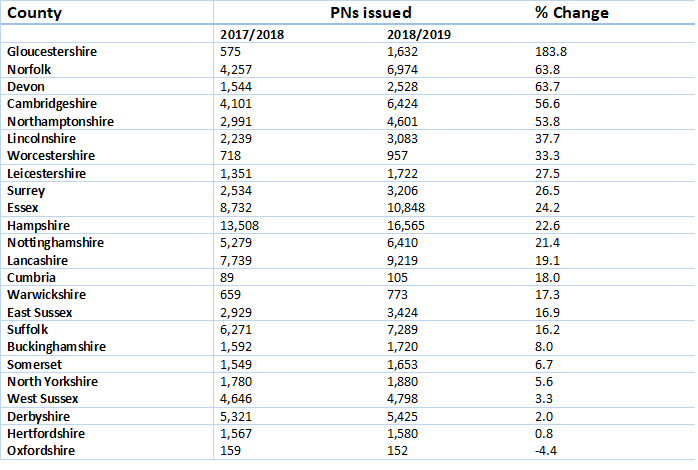 At the other end of the table, Hertfordshire’s revenue dropped by 37.8%, followed by Cumbria with a 2.7% decrease, West Sussex with a 1.3% increase and North Yorkshire with a 6.2% increase.

Cornwall is followed by Stoke-on-Trent with a 142.7% increase, Nottingham City with a 79.7% increase and Northumberland with a 57.7% increase. 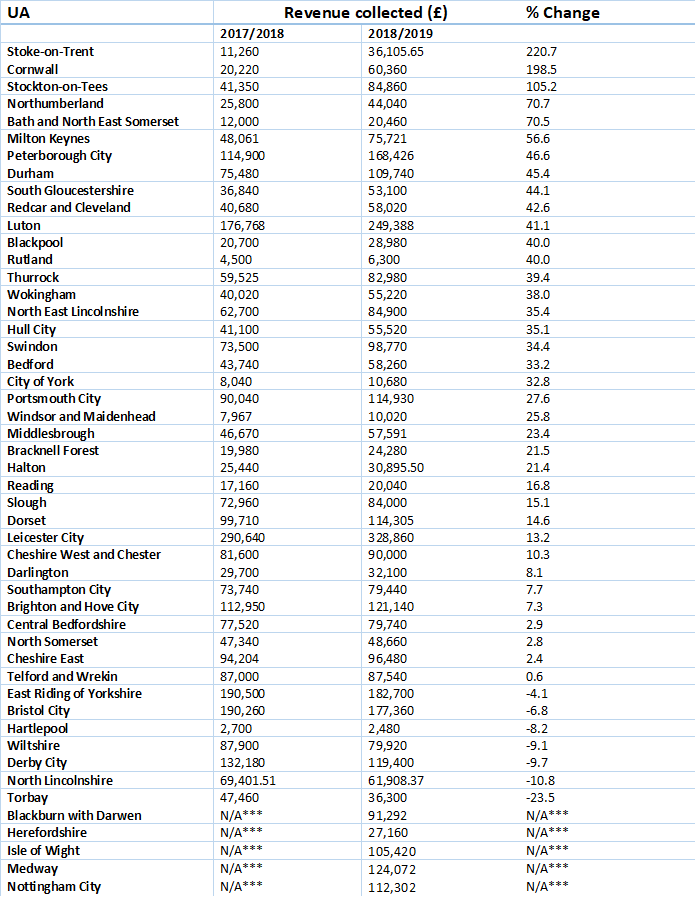 Similarly, Harrow also increased the number of penalty notices issued by 101.9% and Barnet by 89.1%, making the ‘top’ three boroughs. 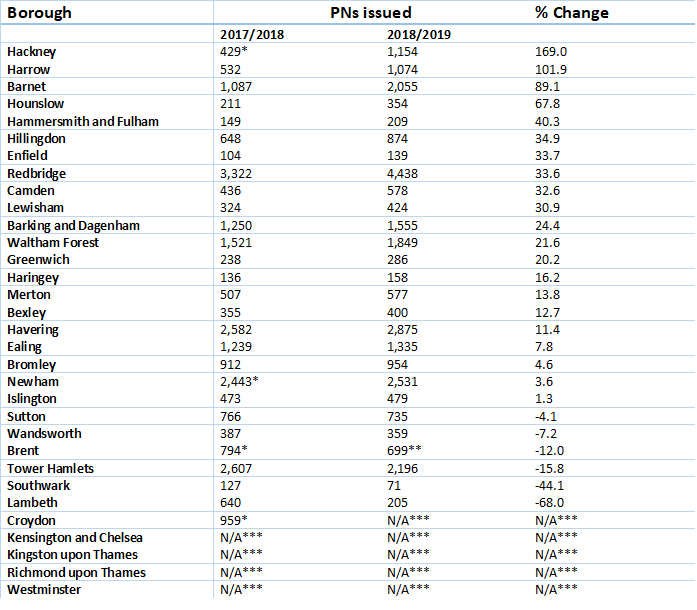 At the other end of the scale is the London borough of Lambeth who collected the least amount of revenue compared to the previous academic year. For unauthorised absences, the borough saw a decrease of 81.3%, down from £42,898 to £8,040.