Quite why the role of women in the workplace remains a bone of contention in 2017 befuddles many – not least women with the desire to work and work hard. When researching the issue, theknowledgeacademy.com first considered the experience of ‘women returners.’
According to the Women Returners PwC report, many women take career breaks during their professional lives for a variety of reasons, and almost 2 million women in the UK are currently economically inactive due to caring commitments. However, many of these women have a desire to return to work at some stage.
Many ‘women returners’ end up in lower skilled –  lower paid – roles (as many as 1 in 3); equating to an immediate earnings reduction of up to a third. In total, around 278,000 professional women could be working below their potential when they return to the workforce.
This seems odd. Particularly seeing as securing senior-level women in the workplace will:

Addressing the career break penalty for female professionals can also deliver significant economic benefits. In fact, achieving this could increase female earnings by £1.1 billion, or £4,000 per woman - generating an additional economic output of £1.7 billion annually.
Simply put: the economic and business gains from women working at their full potential could be significant. 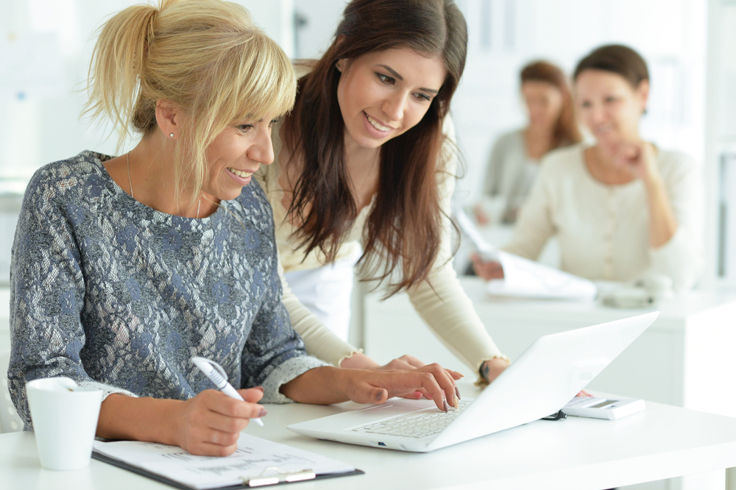 Image credit: shutterstock/Ruslan Guzov
Bearing this in mind, The Knowledge Academy took to investigating the importance of diversity in business, globally – and which countries throughout the world are blazing the trail for equality.

The Board Diversity Champions

Per the Global Board Diversity Analysis report released by Egon Zehnder, of the 44 countries studied, there are 16 countries worldwide that can be labelled as diversity champions; meaning they have achieved the critical mass of 3 female board directors on average.
(N.B. ‘Critical Mass’ is determined as the minimum size or amount required to maintain a venture.) 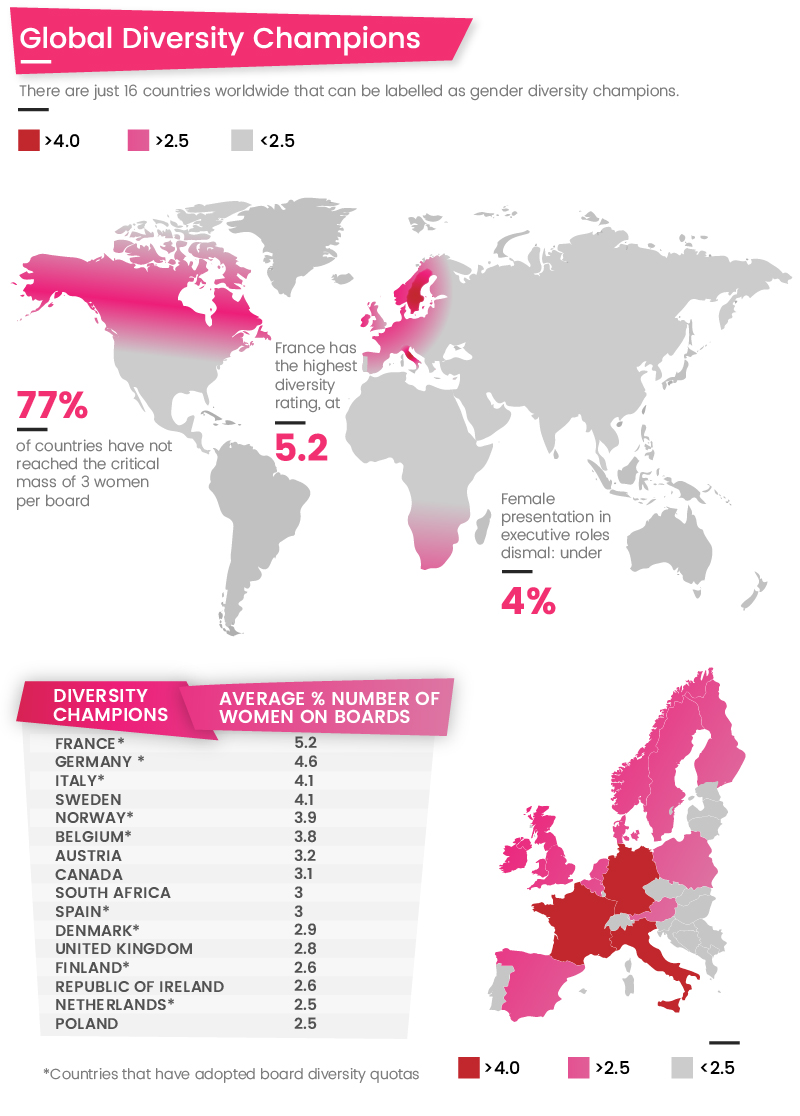 From the infographic, we can see that France is the country leading the way for gender diversity – with an average 5.2% of women on business boards, swiftly followed by Germany (4.6%) and Italy (4.1%.)
Perhaps surprisingly, the UK arrives much further down the list, with an average of just 2.8%.
Often, achieving critical mass is a result of consistent and coordinated action over a relatively short period – this can be seen looking at countries such as France and Italy, which have instituted ambitious board diversity quotas and experienced quick transformation in the last four years.
Norway was the first to introduce board diversity quotas in 2003, and this approach was gradually accepted by many other countries in Western Europe.
In total, 9 of the 16 champion countries (including France and Germany) have now instituted a quota, where the government has mandated that public (and in some cases also private) companies must achieve a target percentage of females on boards by a specified date or else risk legislative consequences.
Being the case, it is probable that board diversity has reached a tipping point in these countries, making backtracking in the future unlikely.

Countries Slow to Progress on Board Diversity

However, despite the benefits of diversity, global samples show that many countries have yet to make a start as illustrated by The Knowledge Academy’s findings. There are still 11 out of 44 countries (of those studied) where more than half of boards have zero female representation, such as Japan.
34 of the 44 countries, or 77%, have not reached the critical mass of at least 3 women per board, including Russia and Brazil. Moreover, there are as many as 15 countries that show negative progress, such as Turkey and Hungary.
Further research revealed the overall global ratio of male to female directors remains at 3 males to 1 female for board appointments and women’s presentation worldwide in executive roles is decidedly dismal – just under 4% for CEO’s and 10.5% for CFO’s.
In fact, in only 6 of the 44 countries examined do women hold more than 10% of CEO roles - these being; Colombia (20%), Israel (20%), Luxembourg (17%), Sweden (17%), Belgium (13%) and India (11%.) 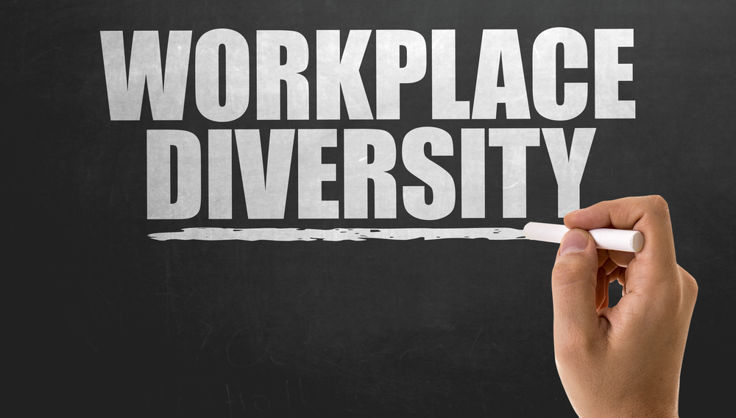 “Whilst the 16 countries labelled as ‘global diversity champions’ are a sure sign that change is taking place – progress is slow and often hindered. It would be remiss not to acknowledge and appreciate, the positive effect women have at every level of business.
Globally; we must prioritise diversity to sustain – and maximise – our progress in the future. In doing so, it will only serve to benefit us all.”