Women in the Workplace: A Survey

Blog
Knowing whether to opt for in-house or external training can be a tough decision to make. We have outlined the advantages and disadvantages.
Blog
With current events forcing people to stay indoors and to distance themselves socially, we have lots of extra time to fill, so why not use it to learn a valuable skill whilst at home?
Blog
We sought to find out which tech and science degrees are the most sought after by women in the UK, looking at figures from HESA (Higher Education Statistics Agency).
Blog

“Almost half of female managers say their workplace is sexist,” reports The Independent. “75% of women in the workplace fear being exposed as career frauds”, says Yahoo! Finance. “Women get £434-a-month less than men in retirement,” The Mirror tells us.

Recent headlines like these suggest it’s not a great time to be a woman in the workplace in Britain. To explore these issues further, theknowledgeacademy.com recently conducted a survey of 1,424 women of all ages and industries.

Sadly, we found that for many women there were still plenty of challenges to overcome.

The challenges women face at work

According to respondents, these are the most prevalent challenges: 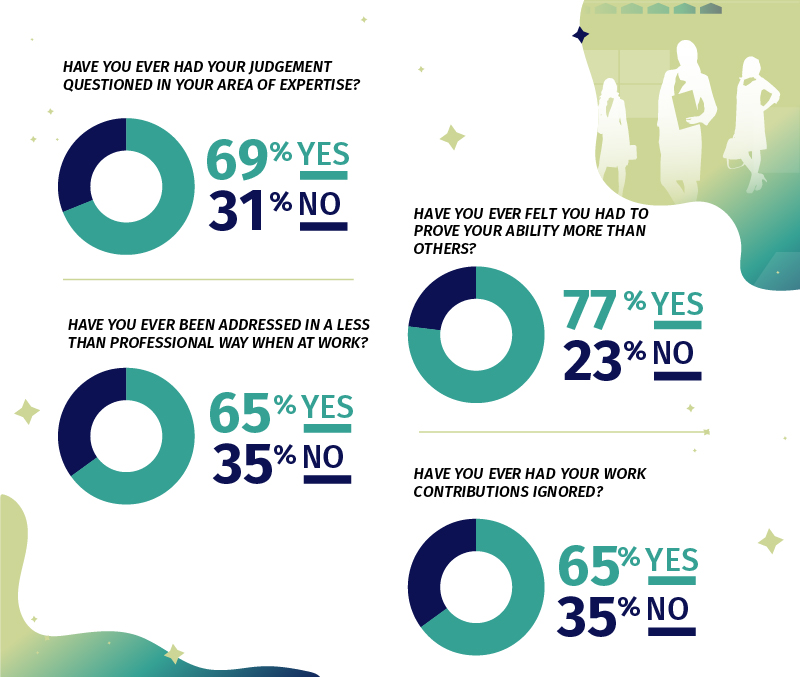 But it’s not all bad news. While there are still clear battles to be won, a large majority of women do feel well-managed and fairly treated in their roles. In fact, 52% of women told us that they feel empowered at work.

We also found that 59% of respondents are offered in-house training by their employer, and as many as 65% are encouraged to attend training of any kind. (However, we have previously reported that, on average, women are offered less workplace training than men).

There was a positive response to questions concerning management too. Of the women surveyed, 69% said their manager does provide the resources needed to succeed. An even greater 77% declared their manager helps them to create a better work-life balance.

Over half of respondents (54%) told The Knowledge Academy that their manager creates opportunities for them to showcase their work, while 77% believe their manager promotes their contributions to others. 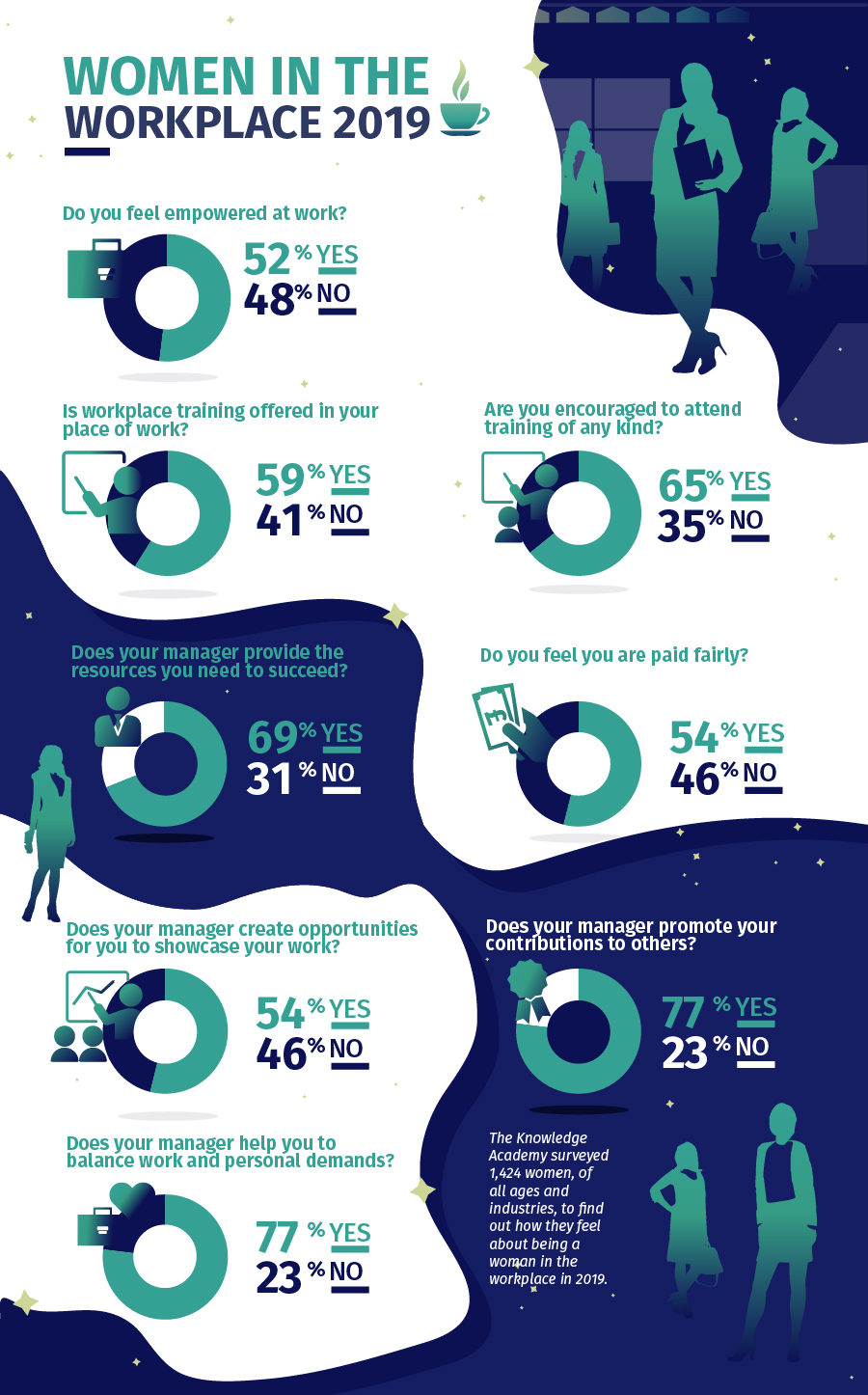 To extend on the insights provided by our Women in the Workplace survey, theknowledgeacademy.com spoke exclusively with a handful of women to better understand their personal experiences.

Two examples can be seen below:

“I didn’t find any difficulties finding work in my local region - I think most organisations consider equality and diversity when employing people now.

In my department, there are more women than men, my manager is a woman, and also the head of the department is a woman, which is really encouraging. However, when liaising with other departments, I feel like as a woman – particularly under the age of 30 – it can be difficult to be listened to, or almost ‘taken seriously’.

During equality and diversity training at my workplace, it was noted that there aren’t many women in managerial positions. Although we’ve made progress, I still think there’s a long way to go in making sure that attitudes towards women are the same as men in the workplace.”

“I think one of the main things that attracted me to digital marketing was the workplace diversity, as I know many amazing women who hold prestigious positions within digital agencies, including our own.

I do feel that during my initial job search I was overlooked in favour of more experienced and primarily male candidates. But in my current role, I wouldn’t say I’ve been held back by my gender.

However, I can’t help but think that I’d be more comfortable being assertive and taking control in any scenario, both business and personal, were I a man.”

If you are an employer that has been inspired by this article, we have a wide range of courses and certifications which can help not only women in your workplace but all your staff with their personal and professional development, including IT, Project Management, Business Skills and Health & Safety.