The Rise of Unusual Recruitment Methods

The Rise of Unusual Recruitment Methods

Companies in a range of industries have become disillusioned with the traditional recruitment process of sifting through CVs and then carrying out interviews/assessments. Many companies believe such methods limit individuals from truly showcasing their core competencies, qualifications and skills for a given role, and are therefore branching out into more unusual recruitment methods.

Tired of the established recruitment processes and concerned about the numerous implications of choosing the wrong candidate, companies are using unorthodox avenues to assess applicants. Three of the newest assessment methods include: escape rooms, capture the flag and professional speed dating sessions. 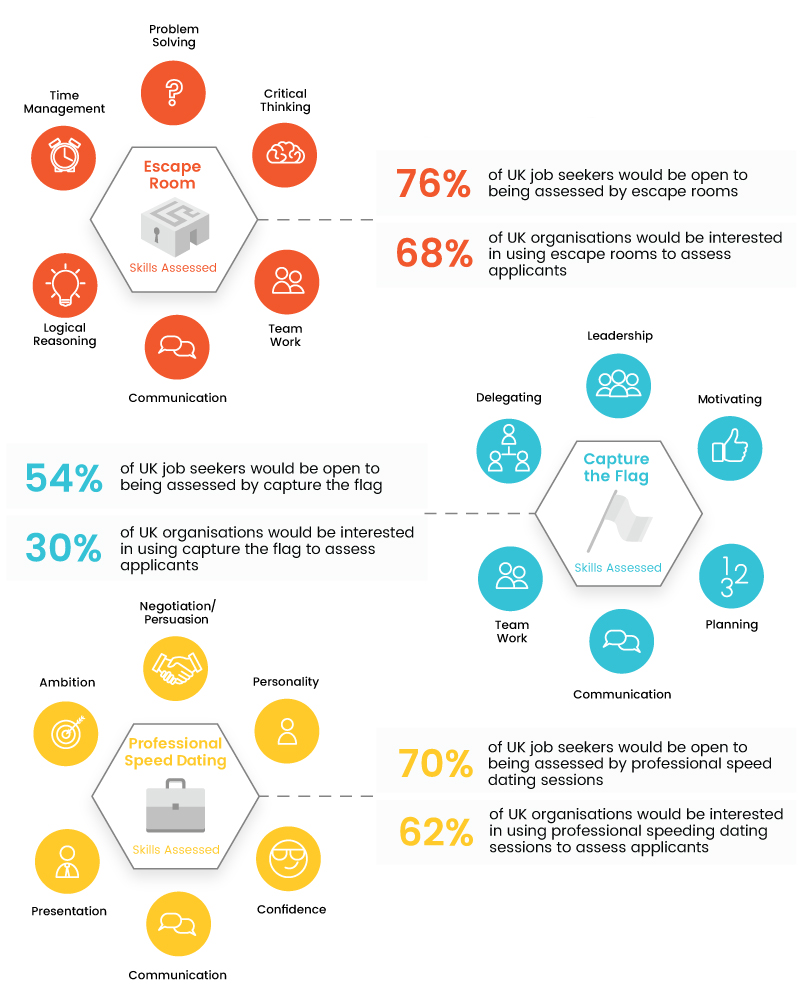 The Unusual Recruitment Methods for 2018

UK Job Seekers: 76% of UK job seekers would be open to being assessed by escape rooms.

UK Companies: 68% of UK companies would be interested in using escape rooms to assess applicants.

An escape room is a real-life physical adventure game in which a group of people (usually five to ten) must work together to utilise clues and hints to solve a series of complex puzzles and riddles to escape a locked room within a set time limit.

UK Job Seekers: 54% of UK job seekers would be open to being assessed by capture the flag.

UK Companies: 30% of UK companies would be interested in using capture the flag to assess applicants.

Capture the flag is a game where individuals are split into two teams and allocated half of an outdoor area each, which is known as their base. Flags are then placed at the rear end of each team’s base. To win, the main objective is for one team to capture the other team’s flags and bring them back to their base. To achieve this, players from each team must advance towards the opposing flags and try to avoid being tagged by ‘enemy’ players. If a player does get tagged when trying to get a flag, they get confined to a ‘jail for a predetermined time.

UK Job Seekers: 70% of UK job seekers would be open to being assessed by a professional speed dating session.

Some companies have taken their recruitment process offline by facilitating professional speed dating sessions. Candidates talk to different senior and junior employees for a defined amount of time each about what they can bring to a role in terms of experience, their range of qualifications and skills. Thereafter, key-decision makers decide amongst themselves who to bring back for the next round, or even make a job offer then and there. 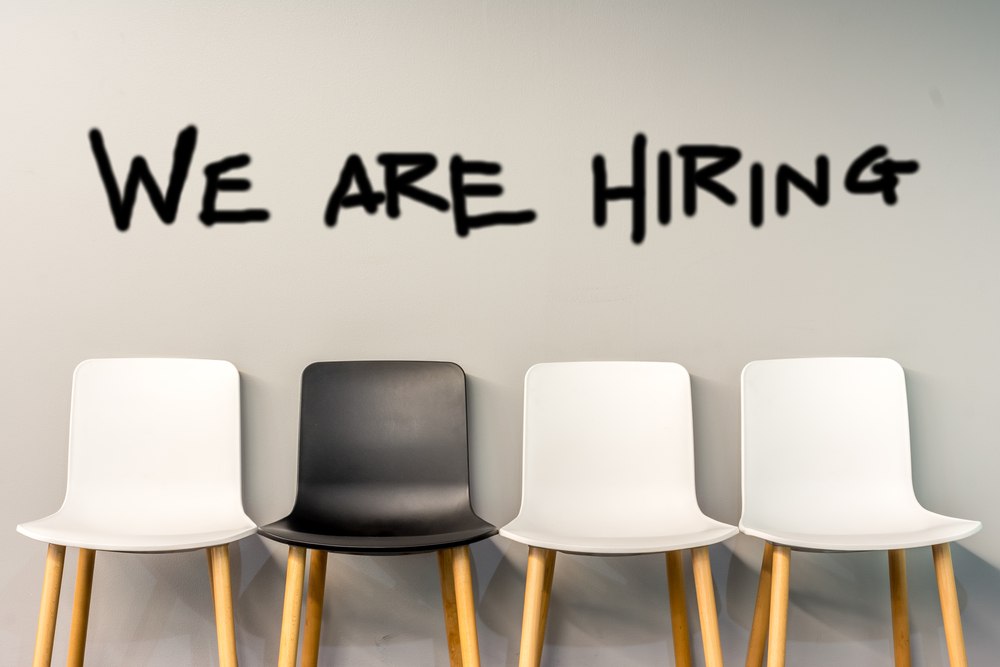 Joseph Scott, a spokesperson from The Knowledge Academy commented:

“Recruitment is truly entering a new era and our understanding of the employment cycle including recruitment, has changed dramatically. CVs and online tests are either having less significance or being phased out in the favour of more unorthodox recruitment methods. Escape rooms, capture the flag and professional speed dating sessions are at the forefront of this wave. Companies already using them are certainly gaining favourable results and our survey shows interest in these emerging assessments will only increase going forward."